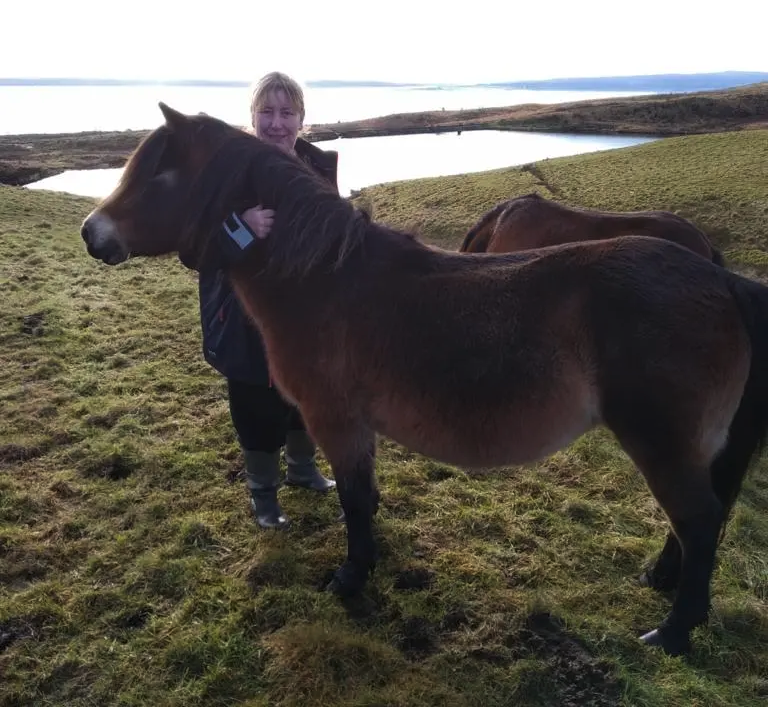 The Exmoor Pony Society, guardian of the equine breed since 1921, has established a Scientific Advisory Panel to lead on genetic research and innovation that will help secure the future of the UK’s oldest native breed.

Across the world there is a marked increase in the use of science in governance and research, looking at new approaches and technologies to make smarter decisions. Alongside this there has been an upsurge in interest in the genetics and biology of Exmoor ponies.

“The Exmoor pony is one of the most iconic native breeds in the UK, and much loved by the public here on Exmoor as well as around the world. While the population of Exmoors in the stud book has grown since it was decimated in the second world war, it’s still a ‘Priority’ breed according to the Rare Breeds Survival Trust – which essentially means endangered.

“It is our role to safeguard the future of such a vulnerable breed at a time when there are growing risks from the effects of global warming on habitat, disease and social change. Our new Scientific Advisory Panel will ensure we are at the forefront of equine genetics, helping Exmoor Pony Society members, breeders, stakeholders and the public to understand initiatives that may impact upon and support Exmoor ponies.”

“There is an increasing demand on us to be able to call upon geneticists, ecologists, veterinary surgeons and those with experience of the academic system. The Scientific Advisory Panel will ensure that the science it follows is rigorous and contributes to a greater understanding and preservation of the Exmoor pony breed.

“Exmoor Pony Society has previously overseen its scientific interests through a trustee designated as its Scientific Officer. However, this was now seen as insufficient given how the scientific interest in Exmoor ponies has increased in recent years, particularly in the field of genetics.

“A panel with such a breadth of knowledge and experience can also be pro-active and bring relevant studies to the attention of the society and help members to understand initiatives that may impact upon and help Exmoor ponies.”

The new Scientific Advisory Panel, which has experience in sample design and understands the structure of the Exmoor population, will take on the major task of selecting suitable stallions to represent the variation within the breed.

The Scientific Advisory Panel consists of distinguished experts in equine research – and includes: