The Exmoor Pony is probably Britain’s oldest breed of native pony, thought to be little different from the original wild ponies that colonised Britain many thousands of years ago. Its destiny has been determined by people since the time of the Celts. You can read more about the history of the breed by viewing the Heritage Exhibition on this page.

A registered Charity, the Exmoor Pony Society was created in 1921 by moorland farmers for the registration of pure-bred Exmoor ponies, the conservation of the breed and the preservation of the  breed standard, thereby maintaining Exmoor’s heritage.

The Society also promotes the ponies to the general public: attending events, holding shows and clinics and being a lead participant in the Exmoor Pony Festival.

The Society holds the official stud book which became a closed studbook in 1962 meaning only ponies whose parents are entered in Section 1 of the studbook are eligible for registration.

In accordance with DEFRA legislation, the Society acts as an approved Passport Issuing Organisation (number 826025). 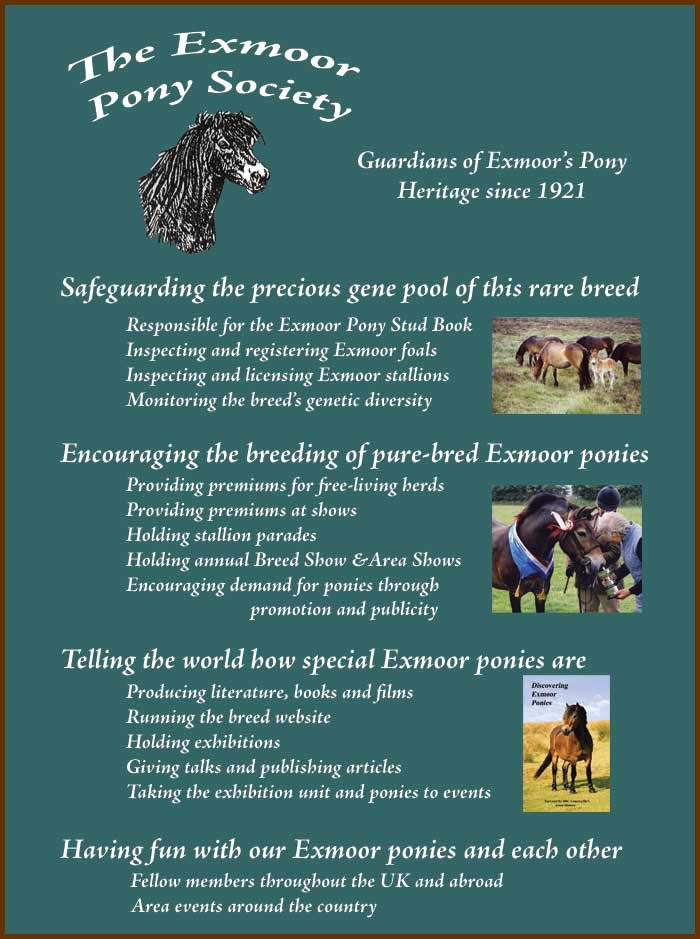