Nigel was elected as chairman in 2020 following his election to serve a second term as a trustee.

Recently retired after 30 years as a police officer, he now has the time to devote to his passion for Exmoor ponies. He has also realised a long term dream and moved from Warwickshire to Exmoor, along with wife Amanda, three Exmoor ponies, Irish Draught Horse and several dogs.

Nigel was born into a non-horsey family on April 6th 1957. His involvement with the ponies began when he and Amanda were on holiday on Exmoor in 1989. They met David and Sandra Mansell who had a mare, Sable, for sale and it was a choice between an engagement ring and the pony. Needless to say Amanda chose the pony. Another two ponies, a foal Jaffa and yearling Fizz were  acquired from the Anchor herd and along with Sable they became the foundation of the Dunsmore Stud which he and Amanda, a panel judge and past president, ran until recently. Notable ponies bearing the Dunsmore prefix include The Famous Grouse who lives on Exmoor, owned by Claire Phillips and regularly seen out with various packs of hounds, Chaffinch whose progeny have been very successful performance ponies and Balcarron, out of Fizz and owned by Mrs Yo Jarvis, a prolific winner in the show ring with perhaps his greatest achievement winning the Glyn Greenwood M & M Championship at Ponies UK in 2005

Nigel and Amanda were joint Area Reps for the Midland Area for twenty five years, running a  very successful annual show which included the grand Final of the Pony of the Year and the autumn stallion parade The pre show party in the Hill’s yard became legendary and an Exmoor social event not to be missed! As well as the show they ran a variety of events.

A life member of the EPS, Nigel has been the lynchpin of Exford show for many years in his role of chief steward in the main ring. He is also a very experienced foal inspector so well acquainted with most of the moorland breeders and is now able to build on relationships he has already established.

Nigel says: ‘There is no doubt that the Exmoor pony has gained in popularity over the years. There are many people whether they be breeders, showing enthusiasts or those looking for a pony to ride who are determined that this breed will continue to thrive. I will do whatever I can to make this happen. My ambition is simply to help secure the future of the Exmoor Pony.’ 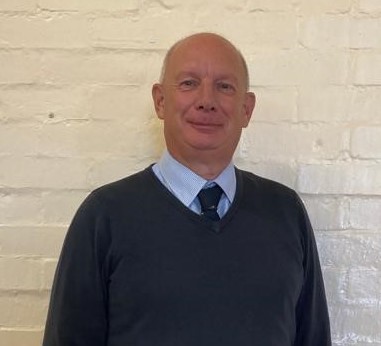