This bursary was set up by Mr David Sykes in memory of Marion Williams, an active EPS member for many years and breeder based in the south west of England.

A special green rosette will be awarded to the highest placed rider under 25 riding a registered Exmoor pony owned by a member of the Society at EPS affiliated shows in Marion’s area of the South West of England.  And because, Marion did not only stay close to home, it includes the championship shows of  NPS, Equifest, BSPS, HOYS, Olympia and EPS Ridden Pony of the Year.

Where the recipient of the rosette has already received a qualifier rosette in any given year, the qualifying rosette will be passed down the line to the next eligible recipient.

The Bursary is intended to support members by providing funding towards furthering their showing aspirations whether it is towards tack, education or travel.

What you have to do

Each young person awarded a green rosette will also receive a qualifying card. The qualifying card together with a letter explaining the reason why they wish to receive The Marion Williams Bursary should be sent to the EPS Secretary by 31 January.

Applications will be considered by the EPS Committee and the Bursary awarded at the Annual General Meeting.

Those presented with a Marion Williams Bursary Award Rosette in 2021 are invited to apply for the bursary.  Please send your qualifying card to the Secretary. 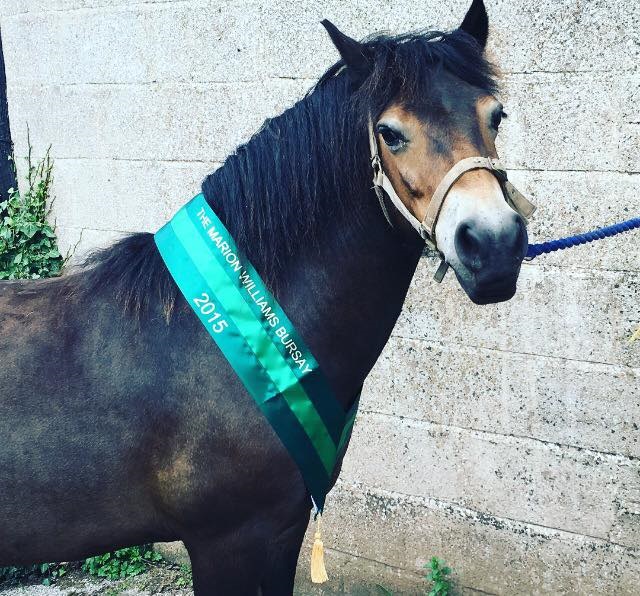 In February 2016, it was agreed that the bursary, worth £500, would be shared between the four applicants: