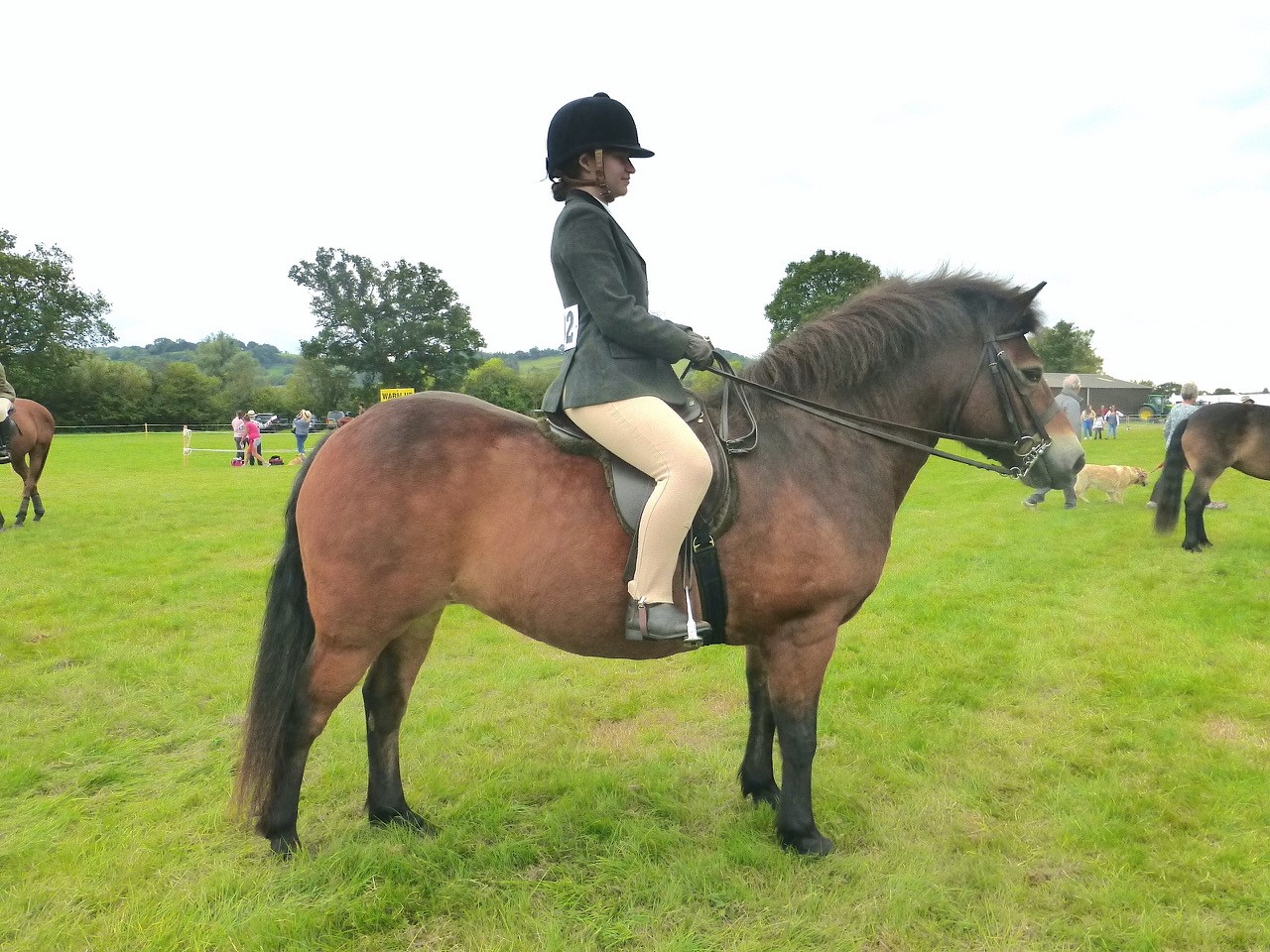 The following article, written by Stephanie Poulter, was submitted for inclusion in the 2022 Yearbook but unfortunately omitted.

Due to Covid our ponies spent a lot of time last year out in the fields stuffing their faces. We did, however, take part in the Virtual Stallion Parade – I stood at the top of the field and called “Flying Buttress” (171/12) to run up to his feed bucket whilst husband Alan held the camera to try and video him as he crossed the stream at the bottom and come charging up (see photo). He then filmed Buttress polishing off his feed and handing me the bucket, a trick he learned from his sire “Winged Bowman”.

We dragged “Fay” (Faience 171/23) out of her field and took her to the Royal 3 Counties Show in June, where she was 2nd in the mare and gelding in-hand class. “Fay” had another outing in August to the Breed Show when we also gave a lift to Jody Wheeler and her mare “Anchor Love Story”. I was really pleased with “Fay” as she behaved beautifully, coming 2nd in the Junior Ridden class with 12 year old Isla Stockwell who had never taken part in a showing class before and had only practiced on “Fay” a couple of times.

Fay’s third outing was very local, to Usk Show in September where Jody rode her in the small breeds open M&M class, coming 3rd behind Welsh and Dartmoor ponies. Jody enjoyed her ride, especially as Fay was wearing a double bridle for the first time in 2 years!

In late September we were delighted to take part once again in the “World of Animals” section of the Malvern Autumn Show which was back on after last year’s cancellation. For the first time it ran over three days and the ponies involved were Rachael Davis’s “Bert” and Nikki Moore’s “Jazz” (171/20) who were a great hit with the thousands of visitors that attended.

“Jazz’s” younger sister “Architrave” (171/32), now enjoying life at the Thornton Equestrian Centre in Lancashire, had been quietly brought on by Katherine Hartenfeld during the Spring and Summer. Their Autumn debut at the Yorkshire Native Pony Show was a triumph :- 1st NPS Pure Novice, 1st NPS Confined Novice, NPS Novice Champion, NPS Silver Medal Champion and 1st & champion novice heritage as well. We are now looking forward to seeing what “Rave” can achieve in 2022. 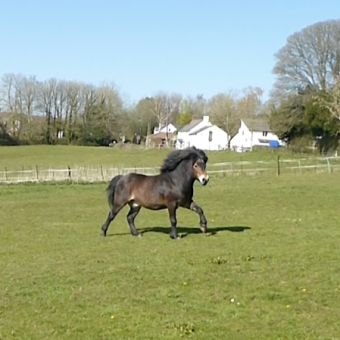 Flying Buttress galloping up his field in May 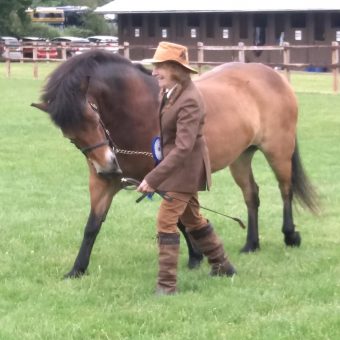 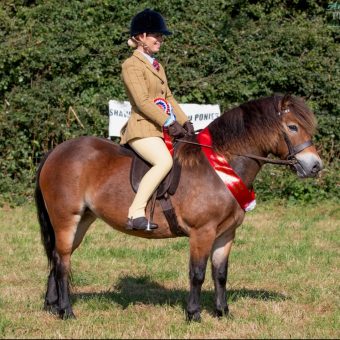