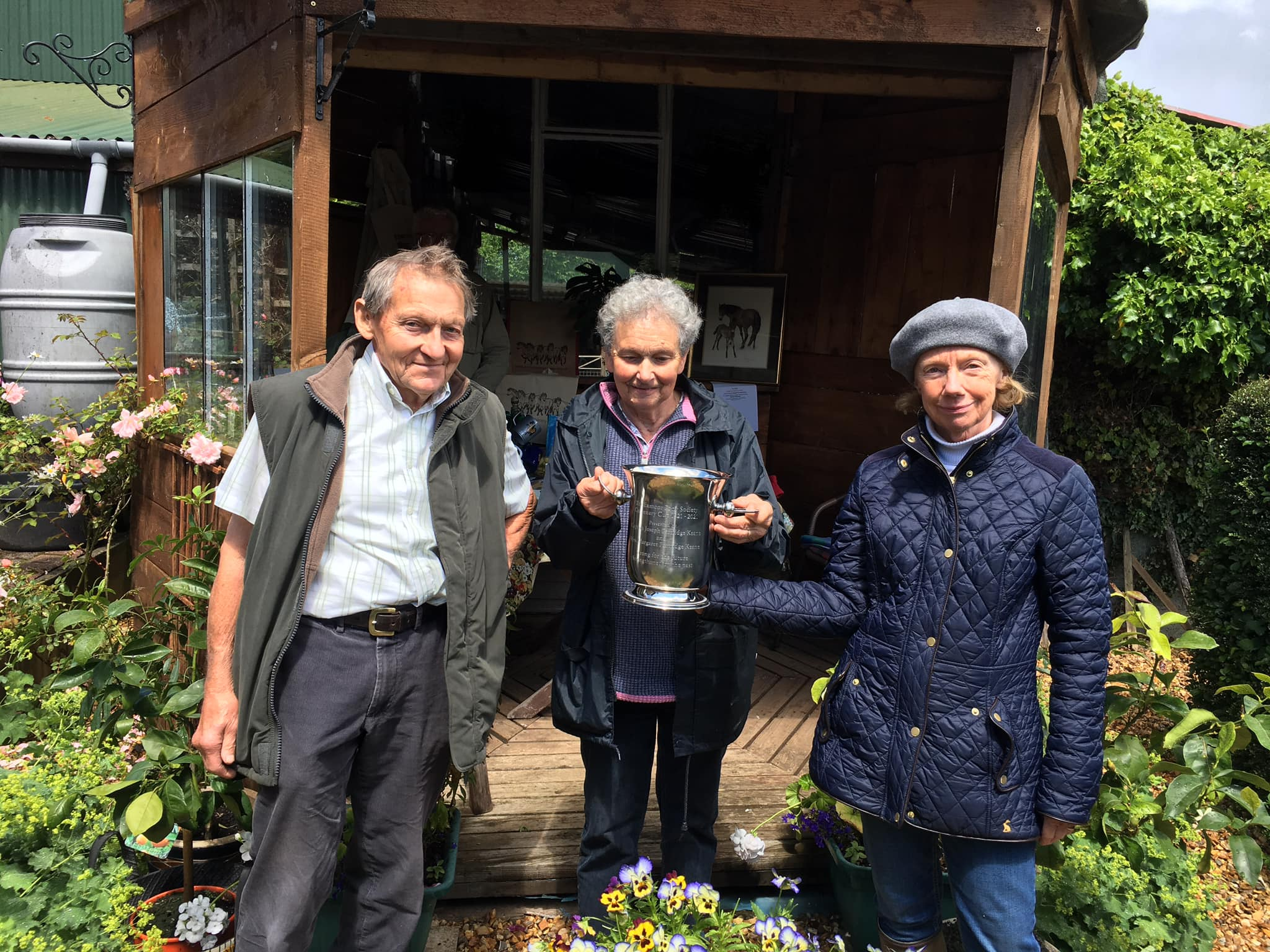 The tireless work to safeguard Exmoor ponies by Dai and Ruth Thomas has been recognised by Exmoor Pony Society.

Brecon-based Dai and Ruth own the Coedywern Stud, and registered their first Exmoor foal in 1970. Having met as veterinary students at the Royal ”Dick” Veterinary School in Edinburgh, they both became involved with the college’s herd of Exmoors. Their passion for the ponies led them into researching bloodlines and they have been instrumental in securing the future of a number of the rarer lines within the breed and their herd still contains several representatives of those lines.

The couple moved to their Brecon farm in 1994 and started using the Coedywern prefix the following year.

Since then they’ve held an annual stud open day on the last Saturday in June, which has a become a highlight of the year for the Welsh Exmoor Pony community.

This year was no exception, with Dai giving an informative talk on some conformation points specific to Exmoor ponies. The ponies were the stars, including the Thomas’s senior homebred stallion, 27-year old Coedywern Zulu, out of Coedywern Ursula who also returned to the stud last year after a stint helping to establish a new conservation grazing herd in Carmarthenshire. The youngest of the stud’s stallions, Coedywern Willow Warbler, is currently on loan to BBC TV presenter Adam Henson at the Cotswold Farm Park.

At the event outgoing Exmoor Pony Society president Margaret Partridge-Keane presented Dai and Ruth with the President’s Award for outstanding service to the society.

The couple generously donated the proceeds from the open day to the Exmoor Pony Society’s new Gene Bank Project which aims to preserve genetic material from a number of ponies as insurance for the future of the breed should anything happen that has a negative impact.